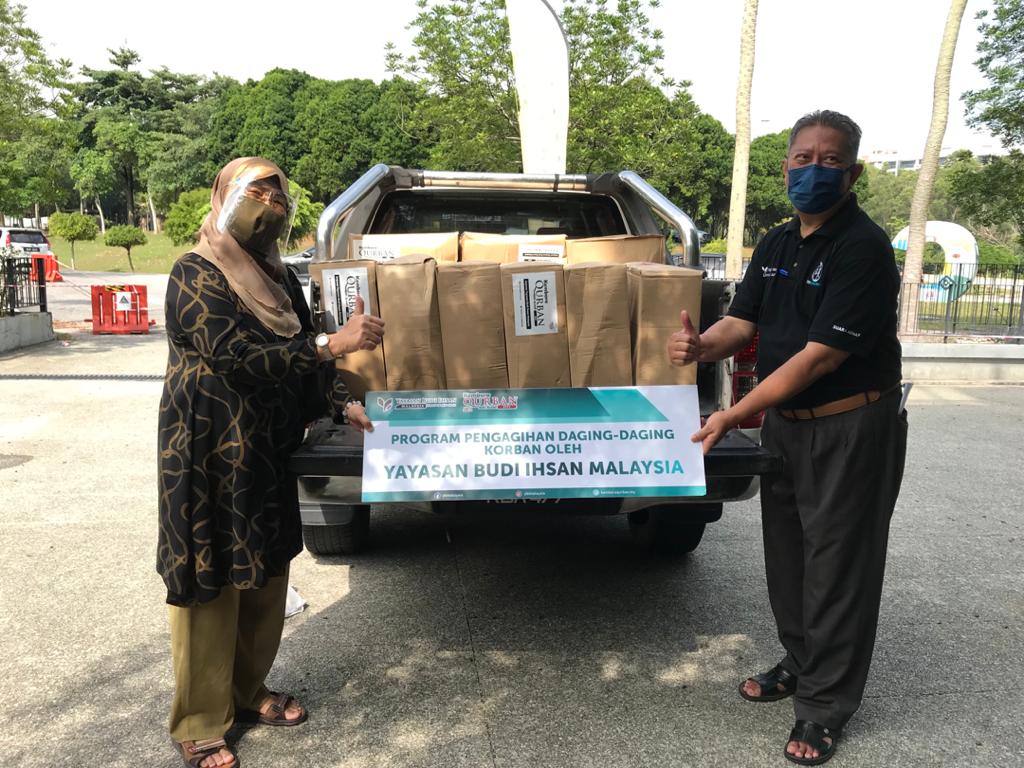 CYBERJAYA – A total of 65,000 kilograms (kg) of Qurbani meat was distributed by Yayasan Budi Ihsan Malaysia (YBIM) through the Kembara Korban Program this year.

Member of the YBIM Board of Trustees, Zulkifli Abdullah said, the distribution process will continue until August 4 with Malakat Mall being the main distribution location.

He said, the frozen Qurbani meat was handed over to about 110 representatives or organizations to be distributed to recipients in their respective areas.

“We will distribute in bulk until August 4. All the meat has been frozen and has gone through all the processes that have been set before being distributed.

Representative of the recipient during the YBIM qurbani meat distribution ceremony today.

“Some may ask why is it freezing cold? The main reason is that we want to make sure the meat is still fresh. We don’t want the Qurbani meat to not be delivered in time, if it’s been more than 12 hours it’s rotten.

“So we make it frozen, this way is safer and more secure,” he said when met by the Malakat Tribune at the location of the distribution of sacrificial meat in Malakat Mall today.

The Kembara Korban program organized by YBIM in collaboration with the Malakat Eco Group and the Malaysian Ruminant Transformation Generation Club (KGTR) offers participation prices in the country at RM850 for one part of a cow, while abroad it is as low as RM390 or RM2,730 for a cow.

The organization of group sacrifices aims to make it easier for Muslims to perform the worship in the current pandemic uncertainty.

According to Zulkifli, this year’s Qurbani Campaign Program received a very encouraging response with 630 cows being sacrificed in the country as a result of the participation of various levels of society.

“Initially we targeted 50 cows, but we got participation up to 630 cows. Alhamdulillah the response was very good…maybe the current situation is also a factor,” he said.

Commenting further, Zulkifli said that his side has currently been contacted by the Malaysia Book of Records for recognition as the largest distribution center ever recorded.