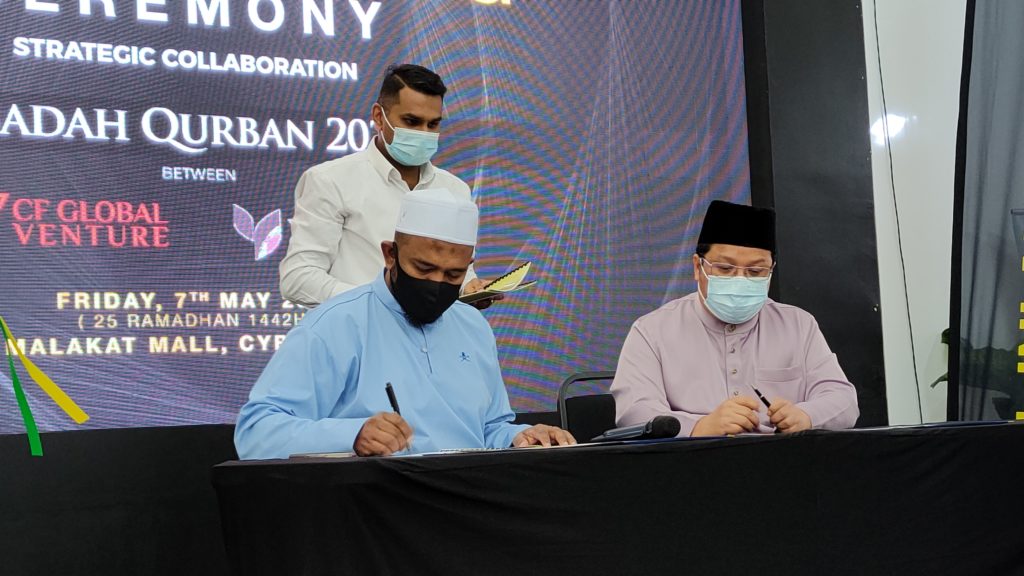 “We take the example of last year, due to lack of planning due to not expecting (the existence of) restrictions due to (the implementation of) MCO, many Muslims were unable to perform (worship) sacrifices.

“This strategic cooperation is very timely and suitable for us to announce to everyone to take the opportunity and plan ahead,” said Mohd. Fadzil at the ceremony to sign the cooperation agreement for the organization of the Sacrifice Worship Campaign in the country, at Malakat Mall, Cyberjaya, today.

Representing the Budi Ihsan Foundation is the Chairman of the Board of Trustees, Datuk Sr. Rosli Atan.

Said Mohd. Fadzil, who is also known as Coach Fadzil again, the networking capabilities owned by Malakat Mall especially among the network of followers can also help especially in the process of channeling aid.

“We already have a database of people who need help.

“For example, during the MCO last year, we already delivered aid to about 20 thousand families across the country,” said Coach Fadzil referring to the Zero Hunger aid program.

Meanwhile, said Rosli, this collaboration is a realization of the effort to carry out the sacrificial worship together with Malakat Mall.

“Last year, we received as many as 30,000 entries, but that includes (the performance of sacrifices) abroad.

“The number of domestic participation is just under 5 percent. We hope this collaboration can further increase the number of participants in the country,” said Rosli