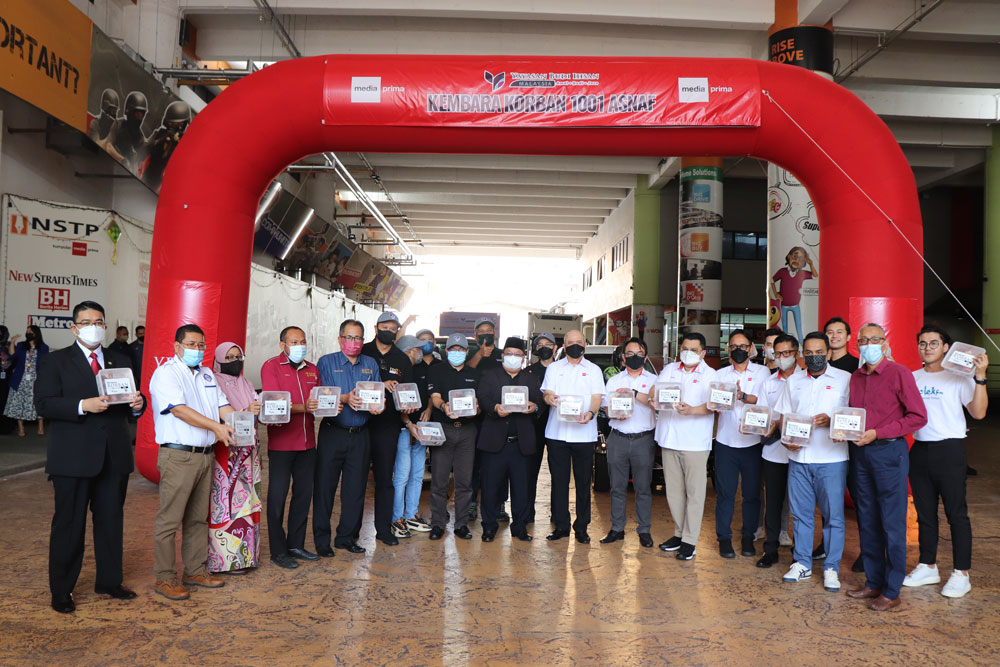 KUALA LUMPUR: About 28,000 packs of frozen sacrificial meat were distributed starting today to recipients including the asnaf and needy groups identified nationwide, including 5,000 packs under the Yayasan Budi Malaysia (YBIM) initiative program in collaboration with Media Prima Berhad (Media Prima ).

The program in conjunction with the recent Aidiladha celebration, which is scheduled to last until July 28, will tour the entire country starting in the capital, then to three states on the East Coast and followed to the north and south of the country.

The release of the convoy for the distribution was held at the News Center, The New Straits Times Press (M) Berhad, here, this morning, with YBIM Founder and Chairman, Datuk Seri Rosli Atan, together with Media Prima Group Chairman, Datuk Seri Dr Syed Hussian Aljunid .

Rosli said that as a result of the collaboration with Media Prima, YBIM managed to attract more participants to participate in the program, including for its distribution plan next year.

“Media Prima is a trusted broadcaster with a large network. When we work with Media Prima, the participation and response we receive is huge.

“Many Muslims have contacted us and are ready to be participants, including next year,” he said when met at the convoy release event.

“I understand that 5,000 recipients will benefit through the distribution of 5,000 packs of sacrificial meat through this collaboration. We have also discussed holding two or three more similar projects after this.

“Through today’s project, YBIM offered 50 sacrificial animals worth RM300,000 as a sign of cooperation with Media Prima. If calculated in terms of weight, it is approximately 5,000 kilograms of meat which will be distributed in the form of one kilogram of meat to each asnaf recipient nationwide ,” he said.

He said that the collaboration will indirectly strengthen YBIM’s brand and business reputation, especially in relation to the operation of the sacrificial worship segment.

Convoy of the Qurbani Frozen Meat Distribution Program Convoy, 1001 Asnaf Qurbani Campaign 2022 continues in the South of the Country, now in Johor